Posted/Updated on July 29, 2011
by Trawel India
Hayabusa, the new luxury 186mph Japanese bullet train that allows passengers to travel with their own cabin attendant
Japan has launched a brand new 186mph luxury bullet train, complete with a business class carriage modelled on airliners.
A network of cutting-edge Shinkansen train lines has been built up across Japan since the 1960s, and the island nation now hopes to sell the technology abroad.
The latest ultra-fast train, called 'Hayabusa' or Falcoln, will make two trips a day between Tokyo and Aomori, a scenic rural backwater on the northern tip of the main Honshu island. 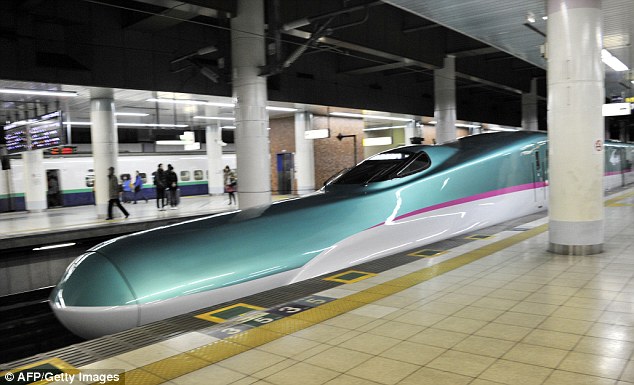 Ultra-fast: Japan's new bullet train 'Hayabusa' can travel at up to 186mph and features a luxury business class carriage 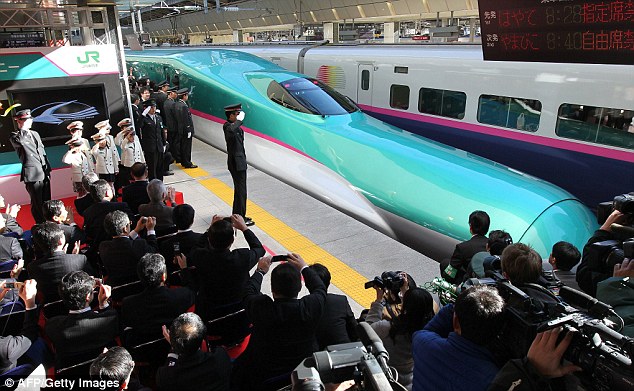 Mutsutake Otsuka, chairman of East Japan Railway Company, said: 'To the best of our ability, we will strive to improve Hayabusa's passenger comfort, safety and environmental friendliness, not just its sped.'

The thin-nosed train's debut journey was delayed by seven minutes after a passenger fell from the platform at Tokyo station, where more than 1,000 train spotters had gathered to take pictures.

The train was not moving at the time, and the man climbed back up to the platform unaided.

From next year, the green and silver E5 series will push its top speed to 200mph to become Japan's fastest train. 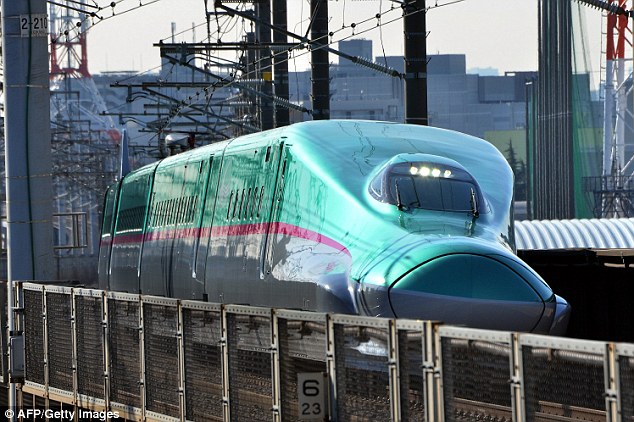 Luxury: For £200, passengers can travel one-way with their own cabin attendant and in seats similar to those in aircraft business class 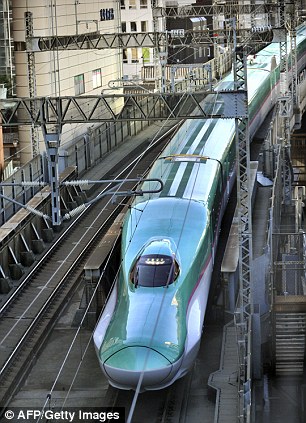 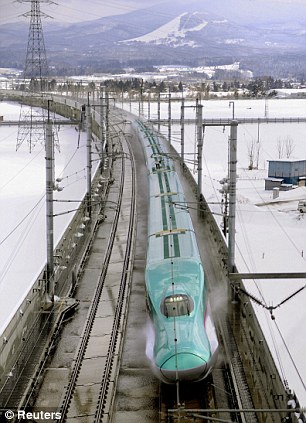 Technology: Japan hopes to sell the bullet train know-how abroad, including to markets in Brazil and Vietnam, but faces competition from France, Germany and China
Passengers can enjoy journeys along straight stretches and tunnels cut through Japan's mountainous countryside.

But those willing to splash out a little can pay £200 for a one-way trip in the comfort of a 'GranClass' car, where a cabin attendant will serve them drinks and food as they recline in deep leather seats.

To promote the service, the train company has also heavily advertised Aomori as a tourist destination.

Japan's ultra-fast and punctual bullet trains have made them the preferred choice for many travellers, rather than flying or road travel, since the first Shinkansen was launched for the 1964 Tokyo Olympics.

But as the country struggles with a shrinking population and falling domestic demand, the government and industry are aggressively seeking to promote the train abroad. 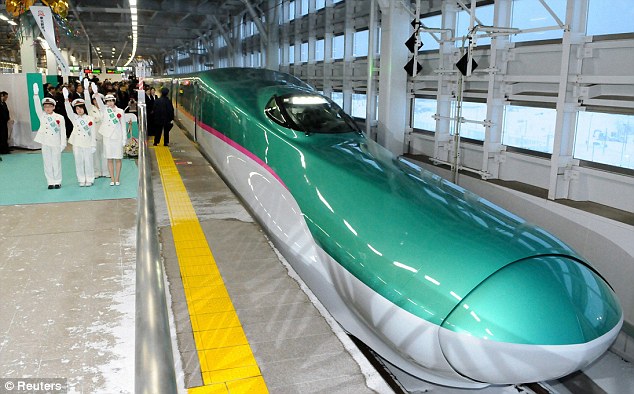 Travel of the future: From next year, the Hayabusa train could be capable of speeds up to 200mph
Japan has sold Shinkasen technology to Taiwan and hopes to capture other overseas markets, including Brazil and Vietnam, but faces strong competition from manufacturers in China, France and Germany.

The biggest prize is a future high-speed U.S. rail network that President Barack Obama has promoted, set to be backed by $13billion in public funding.

California's then governor Arnold Schwarzenegger was treated to an early test ride on the Hayabusa when he visited Japan in September.

Japan said its trains boast a strong safety record, despite running in an earthquake-prone country. No passenger has ever died due to a Shinkansen derailment or collision.

The country has also been developing a magnetic levitation or maglev train which, according to operators, reached a world record speed of 363mph in 2003 on a test track near Mount Fuji.

The plan is to launch maglev services between Tokyo and Nagoya by 2027. By 2045, they are expected to link Tokyo with the western city of Osaka in just one hour and seven minutes, compared to the current two hours 25 minutes.


Here is some Inner Photo Gallery 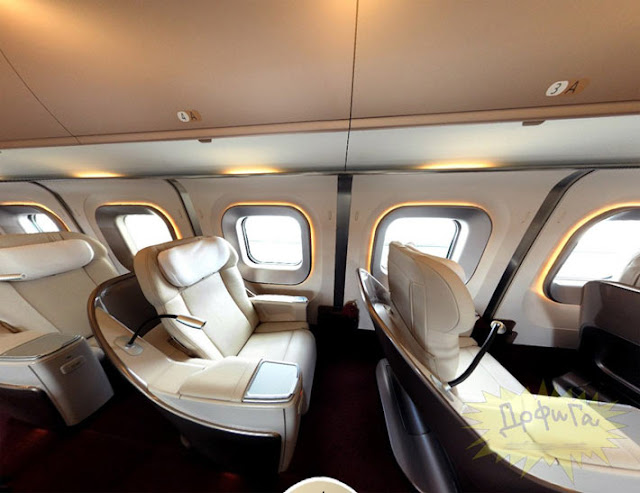 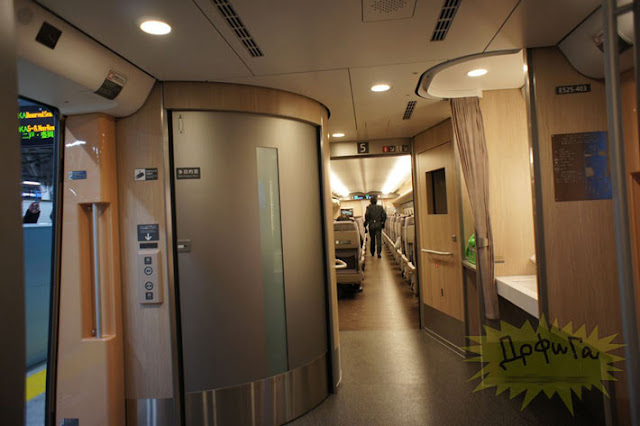 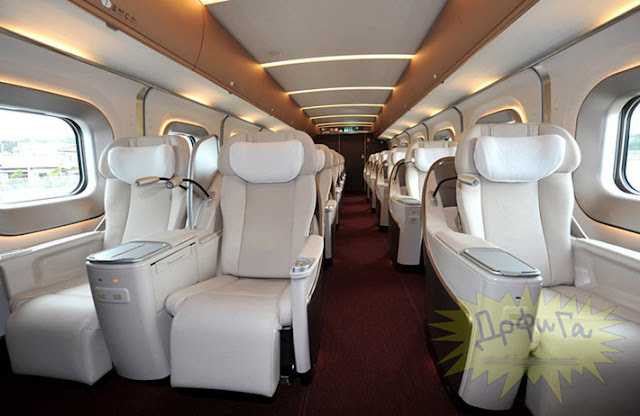 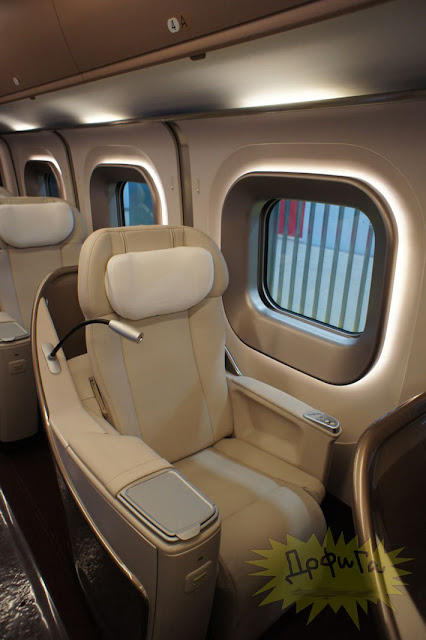 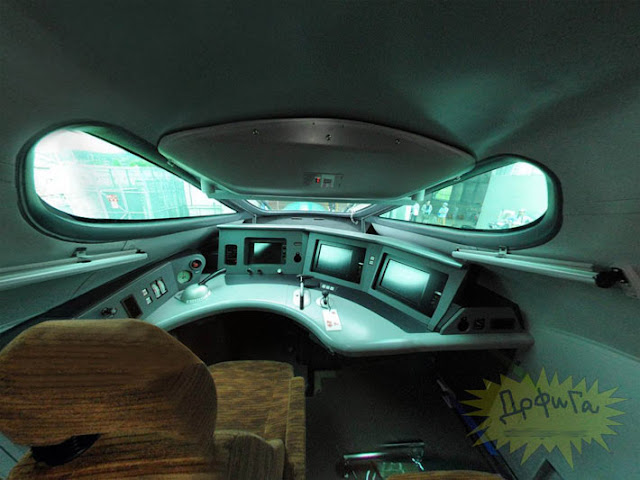 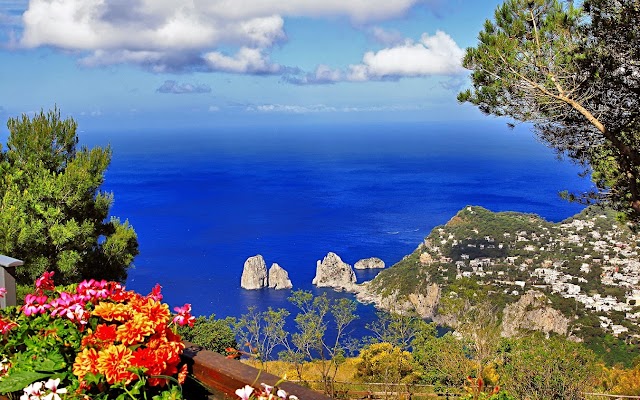